The chairman’s mark of the Senate Appropriations Committee’s defense bill for fiscal 2023 calls for additional funding to boost the “tactical artificial intelligence” capabilities of U.S. military combatant commands, and hints at additional funding for these initiatives in future years.

In its current form, the legislation would provide $200 million for such technology. This follows $200 million appropriated for tactical AI in fiscal 2022.

“The Committee further notes that these funds have resulted in notable improvements in the combatant commands’ and [Defense] Department’s ability to utilize data to make informed decisions at greater speed and scale. However, additional focus and resources are required to ensure that the artificial intelligence continues to be implemented at the tactical level. In particular, the Committee is supportive in additional investments in digital talent, which is integral to future progress in the institutionalization of modern data practices across the Department. Therefore, the Committee recommends an additional $200,000,000 in fiscal year 2023 for the purpose of further improving tactical artificial intelligence at the combatant commands,” said the report which accompanied the legislation.

However, the bill would prevent the money from being obligated and spent until the Pentagon comptroller provides the congressional defense committees a proposed execution plan for these funds that lays out proposed activities, projected obligation dates, a description of how the efforts build upon work conducted with previously enacted funds, and transition plans for any capabilities funded through this provision that will be sustained in future years.

“It is the Committee’s expectation that funds for these efforts will be included in future budget submissions,” according to the report.

Pentagon leaders are trying to provide more AI tools to combatant commands, which are responsible for overseeing U.S. military operations.

Last year, the DOD launched a new Artificial Intelligence and Data Accelerator (ADA) initiative that included plans to dispatch operational data teams to all 11 combatant commands to automate data feeds that inform decision-making, as well as “flyaway teams” of technical experts to help streamline and automate workflows through the integration of AI. 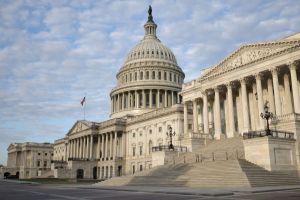