The General Services Administration will replace the federal IT Dashboard when the White House submits its proposed fiscal 2023 budget to Congress in about a month, according to IT Data Transparency Director Dan York.

The federal IT Dashboard was launched in June 2009 to provide federal agencies and the public with the ability to view details of over 7,000 agency IT investments online and to track progress over time.

The IT Data Transparency Division within OGP‘s Office of Information Integrity and Access wants to enable agencies’ chief executive officers and the Office of Management and Budget to make better, data-driven decisions using the new ITdashboard.gov.

IT Collect API will gather data from agencies using the latest standards and code capabilities, as well as handle future data calls from OMB and other agencies OMB allows.

The OGP Visualization Platform will use that API and others to ingest data and make it publicly available for visualizations.

York’s division employed an agile, customer-focused approach — relying on feedback from working sessions with OMB, the Government Accountability Office and other agencies — to make both apps user friendly for the public and Congress members.

Neither app needs to be a sole source of truth, but both need to collect data across systems of record to make it public. 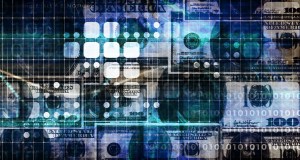