Lawmakers are searching for answers to how the U.S. government should counter cyber-enabled information warfare and other foreign propaganda efforts like those allegedly deployed by Russian intelligence services during the 2016 U.S. presidential election.

But the complexities associated with nearly any solution — underlined by protections afforded through the First Amendment and the rise of privately owned social media networks — have so far led to a surplus of questions.

“When you’re talking about ‘fake news,’ I am not so sure this is a problem that the government — that Congress, for that matter — can actually solve on its own. I think we’ve got to ask ourselves, ‘Where does it start?’ How can someone actually believe some of these things anyway,” Michael Bahar, counsel for Democrats on the House Intelligence Committee, told CyberScoop after speaking at a Hoover Institute event last week.

“That’s the larger question. And, quite frankly, probably where we should start here,” Bahar said.

While the issue of foreign propaganda affecting U.S. citizens is by no means a new phenomenon, experts say that the proliferation of these messages on online forums and social networks has noticeably amplified their impact on society writ large.

In January, a declassified intelligence report published by the Office of the Director of National Intelligence showed that Russian officials helped plan a sweeping disinformation campaign — using online social and state controlled media assets — to influence potential U.S. voters. Now, in the aftermath of these events, some in Washington are wondering to what degree the government should and can be involved in a solution.

Bringing back an oldie

During a House Armed Services Committee hearing Wednesday focused on cyber-warfare, members asked a panel of cybersecurity and policy experts what the best path forward should be. Peter Singer, a prominent academic and senior fellow at technology think tank New America, said that it may be time to reintroduce the Active Measures Working Group — a team with representatives from across government formed early on in the Reagan administration to counter what was then considered aggressive Soviet propaganda.

Congress, Singer urged, should not delay in its requests for briefings from the intelligence community to learn more about the propaganda capabilities of foreign nations. In response, Committee Chairman Rep. Mac Thornberry, R-Texas, told Singer that his committee will hold future hearings regarding hybrid warfare tactics and techniques. The discussion will broadly include a conversation about disinformation campaigns, Thornberry said.

“I agree with Dr. Singer, that we need to return to the Active Measures Working Group, which I think is an important step,” said Columbia University Professor and former cyber-warfighter Jason Healey. “I also think we can start refunding some information operations, projects that we had done in the 1990s — for example with Allied Force and what we had done against Slobodan Milosevic.”

He added, “There has been a lot done in the professional military universities, especially places like National Defense University and the doctrine centers, where hopefully some of those people still reside so that we can build back our [information warfare] capability quickly.”

Any step forward in this battle against disinformation will require a “whole of government” approach, Healey described in agreement with RAND scientist Martin Libicki, though it isn’t immediately clear who or what agency is currently responsible for defending U.S. citizens from these types of psychological attacks.

Rep. Marc Veasey, D-Texas, spoke to this jurisdictional ambiguity Wednesday when he asked the panel who in government is best equipped to deal with information operations.

“It’s a tough question,” Healey replied. “One reason I think we have turned to the Department of Defense to help us out on cyber issues has been that they were there with the capabilities when they were needed.”

Having the Defense Department involved in the censorship of information at any level, however, presents obvious concerns pertaining to freedom and privacy.

“I see the same problems are going to vex us here when we talk about influence operations. DoD should clearly not be the lead on such things, but we can easily imagine ways that the Department of Defense can bring their amazing capability to bear … there will be a role for Justice, for State and the Department of Homeland Security, but I think it will take them much longer to get their capabilities up to speed.”

Adding to the obscurity of this issue is the fact that national and international laws that cover cyber operations remain nascent, vague and therefore largely disagreed upon globally, said retired Navy Cmdr. Michael Adams, who served as a top legal adviser to the chairman of the Joint Chiefs of Staff and spoke to CyberScoop by phone Tuesday.

And it can be difficult to measure the impact of offensive cyber operations, Singer said.

“When you’re thinking about the offensive side, we’ve typically framed it in terms of classic military operations, where clearly many if not most of our adversaries are looking at them through the lens of influence operations,” he said. “It’s not how many websites did I take down, or access to GPS or the like, but how did I shape the overall environment?”

“How did I, to put it bluntly, hack your hearts and minds — that’s something we need to pay attention to both in adversary hands and ours,” Singer said.

At the moment, the State Department’s online counterterrorism unit, dubbed the Global Engagement Center, is among a short list of government agencies publicly known to disseminate pro-U.S. messaging in foreign countries. 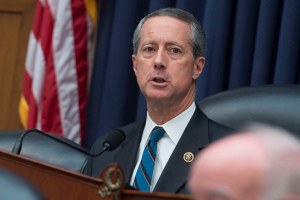