The Army has a new top data officer, David Markowitz, who will lead the service’s efforts to implement Department of Defense data strategies as the military looks to turn data into a warfighting tool.

Markowitz took over as chief data officer this week, an Army spokesman told FedScoop. He replaced Greg Garcia, who in addition to serving as CDO was dual-hatted as the acting deputy chief information officer of the Army. Garcia will continue to serve in that role until a permanent deputy CIO is named, the spokesman said.

Prior to his appointment as CDO, Markowitz served as assistant deputy chief of staff, G-8, where he lead analysis on strategic defense initiatives. He comes to the CDO role at a time of ever-increasing importance of data in military operations.

Senior leaders across the DOD have stressed the need to better collect and use data as the “ammo of the future.” The DOD’s top CDO, Dave Spirk, released the military’s Data Strategy earlier in October, which turned many of the calls for better data management into a guiding policy document for leaders like Markowitz and other to use. One of the top priorities in the strategy is using data in joint warfighting, where data can flow across domains and services.

Markowitz holds several degrees in mathematics and a doctorate in operations research. He was the technical lead on the Army Vantage data analytics platform, which launched in July. The platform was described as transformational and would help the Army sort through its vast troves of enterprise data. Markowitz said then that the goal of the project was to get “Army data available to the Army.”

“This is a key tool set to get us there quickly,” he added.

The Army recently reconfigured some of its top technology jobs. The former CIO/G-6 role was split following the retirement of Lt. Gen. Bruce Crawford. Now, the department’s IT is lead by a senior civilian in the deputy CIO role and a three-star general leading military technology issues, titled the deputy chief of staff of the G-6.

Lt. Gen. John Morrison serves as the top military IT leader with a permanent civilian CIO yet to be named. 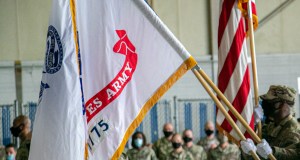