The chief information security officer of the Alcohol, Tobacco, Firearms and Explosives bureau is set to step down next month.

Jay Ribeiro will leave on Aug. 26 after serving in the post since September 2018.

Previously he was the chief information security officer of the Federal Election Commission. His other IT leadership roles in the federal government have included senior policy advisor to the CISO of the State Department, and information systems security manager at the Department of Defense.

According to LinkedIn, he served as deputy CISO of the Air Force in 2015, and served for over a decade in the Army and Air Force.

Ribeiro is an adjunct lecturer on the cybersecurity program at the Georgetown University School of Continuing Studies, and holds a doctorate in IT from Capella University. In 2019 he was recognized as one of the top 50 leaders across the federal government by FedScoop.

During his tenure at the agency, ATF has closed its last remaining data center and moved all of its data and applications to cloud. Speaking with FedScoop in 2020, ATF chief technology officer Mason McDaniel said the data center would subsequently be repurposed for office space.

Details of Ribeiro’s next appointment were not immediately available. 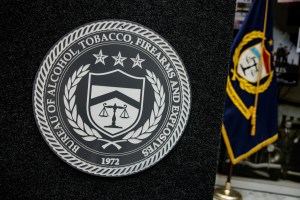 Bureau of Alcohol, Tobacco, Firearms and Explosives CISO to depart