The Biden administration proposed once again increasing funding for artificial intelligence research and development at civilian agencies, in a supplement to its fiscal 2022 budget request.

The Networking and IT Research and Development (NITRD) program — consisting of 25 member and 60 participating agencies coordinating federal R&D investment in advanced digital technologies — developed the request alongside the National AI Initiative Office launched in January.

“President Biden has proclaimed the need to advance American [science and technology] leadership for generations to come,” wrote Eric Lander, director of the Office of Science and Technology Policy, in the supplement‘s introduction. “The nation needs cutting-edge technologies that are made in the United States by U.S. workers and new solutions that will propel market-driven change and jump-start economic growth.”

NITRD member investments support 12 technical R&D areas, including AI, known as program component areas (PCAs). Electronics for networking and IT — which covers investments in micro- and nanoelectronics in NITRD’s core networks and silicon and non-silicon hardware — is a new PCA for fiscal 2022.

Of the $1.7 billion in requested funding for civilian AI R&D, $1.1 billion is for federal AI programs, and $561.7 million is for AI-related efforts among the other 11 PCAs.

The National Science Foundation separately funds AI education at $73.6 million and supports 18 National AI Research Institutes, with the help of other agencies, which together requested $68.1 million in fiscal 2022. Additionally the Air Force and Department of Veterans Affairs operate their own AI institutes, which requested $40.2 million for a total of $108.3 million — a 0.5% increase over the $107.8 million allotted to all AI institutes in fiscal 2021.

Among the 12 PCAs, AI would receive the third-most funding, at 14% of the budget request, behind high-capability computing infrastructure and applications at 22% and large-scale data management and analysis at 15%.

NSF would receive the most overall funding among agencies, at 27% of the budget request, followed by the National Institutes of Health at 27% and the Department of Defense at 17%.

NSF would see the largest budget increase of $494.1 million “to enhance fundamental R&D and strengthen U.S. leadership in emerging technologies,” according to the supplement. The next-highest budget increase would be $108.8 million at NIH mostly for increased clinical research using structured electronic healthcare and related data.

The budget shifts reflect NITRD’s efforts to address challenges presented during the COVID-19 pandemic like the high cost and low availability of computing and health resources, climate change, industries of the future, diverse workforce development, and the long-term health of the U.S. science and technology R&D ecosystem.

“For FY2022, the NITRD program anticipates greater involvement with many of the [National Science and Technology Council] committees and greater focus on data and equity issues in creation and delivery of digital services,” reads the supplement. 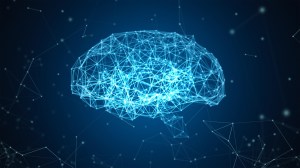