Martorana takes on the federal CIO role within the Office of Management and Budget after serving for more than two years as the CIO of the Office of Personnel Management.

She got her start in government during the waning months of the Obama administration as a digital services expert on the U.S. Digital Service team, with a focus on digital modernization at the Department of Veterans Affairs. Prior to that, she served in leadership roles at Everyday Health and WebMD.

“Throughout her career, Clare Martorana worked to improve and simplify the digital experiences people have when interacting with businesses and government,” says the White House announcement. It goes on to credit her for her time at OPM “where for the past two years she stabilized and secured agency operations to deliver better digital-first services for the Federal workforce.”

As federal CIO, one of Martorana’s biggest priorities will be leading federal agencies in the ongoing response efforts to COVID-19. In particular, the Biden administration has placed an emphasis on using the Technology Modernization Fund as a vehicle to drive needed digital transformation in support of digital services and recovery. The TMF could see as much as $1 billion in funding under the next pandemic relief bill.

Management of federal cybersecurity will also fall under Martorana’s purview to some degree. She will work with Chris DeRusha, newly hired federal CISO, in the federal response to the recent SolarWinds breach and the broader security of federal networks.

Martorana was a recipient of a 2020 FedScoop 50 Federal Leadership Award.

Her deputy at OPM, Guy Cavallo, will take over as acting CIO with her departure. 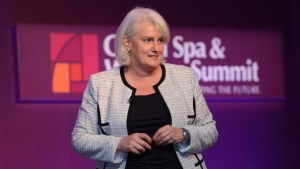