The Census Bureau found a way around sharing its data with the Treasury Department, while still helping ensure underrepresented groups were receiving timely tax refunds: sharing its analytics insights, instead.

As part of an ongoing pilot, Treasury had the IRS provide the bureau with data it used to build a model of race and ethnicity at the micro and person level. The bureau’s model was then matched with other IRS data to uncover biases.

The Census Bureau didn’t want to share publicly provided survey data with the IRS, lest it be used to collect taxes, but recognized tax data lacks race and ethnicity codes the bureau uses.

“We’re not sharing the data,” said Ron Jarmin, deputy director of the Census Bureau, at the ACT-IAC Imagine Nation ELC 2022 on Monday. “But we’re sharing insights from the model that’s based on our data, that makes their data model much more powerful.”

Not only can Treasury verify equitable distribution in the timing of tax refunds, but it can compare the timing of check mail deliveries with that of direct deposits.

Meanwhile the IRS and other agencies can be confident the Census Bureau won’t release the findings, Jarmin said.

“We’re hoping that this is something that we’ll be able to do with other state, federal and local government agencies to help them,” he added.

The Census Bureau has used administrative data from other agencies for decades, but now it’s looking to use unstructured data. For instance, the bureau is trying to use transaction-level data from retailers for more timely, granular sales statistics to improve its own price analyses, Jarmin said.

“If we can do more accurate statistics using the sort of unstructured, transaction-level data that gets generated every time you purchase something, we should be able to produce far better statistics,” Jarmin said. “And maybe stop doing surveys every month of retailers across the country.” 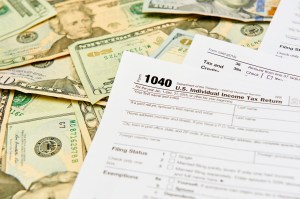