The coronavirus may prompt the government and the financial sector to reevaluate digital identity infrastructure, as those who prefer traditional, face-to-face transaction channels are forced to abandon them while social distancing.

Not until a person is authenticated can financial institutions obtain their consent to open an account or transfer data on their behalf.

“We need to actually develop these networks, come to a consensus on the different pieces of information that we want to use to build identities,” Asrow said during a KNOW Identity digital forum Tuesday.

Existing means of identification like driver’s licenses weren’t thought up with the digital transfer of information in mind and must be repurposed to streamline loans and disbursements — particularly important during a pandemic, Asrow added.

Letting third-party applications access and control accounts, known as open banking, would allow budgeting or tax preparation apps to verify their owners. That verification data could then be shared with interoperable networks, said Don Cardinal, managing director of the Financial Data Exchange.

“We’ve laid a lot of the pipes that I think will do that,” Cardinal said. “We just need to get everyone else wired up to the grid, if you will.”

In some cases, financial institutions can verify data useful to government, and other times government is the authoritative source — a bidirectional relationship, said Joni Brennan, president of the Digital ID & Authentication Council of Canada.

DIACC is working with federal and provincial governments, banks, telcos, and tech companies to develop a Canadian trust framework for digital identity infrastructure. The open banking model would allow banks to request and verify information to identify customers.

“We’ll have data that will be verifiable from banks; we ultimately will have data verifiable from governments,” Brennan said. “Who can get there first? I think that’s a big question, and I do think financial institutions are positioned today to move more readily.”

But governance is still critical to determine what data those institutions can verify, Brennan added.

The U.S. needs to develop a network of verifiers, including biometrics and Internet Protocol addresses, that consumers are aware of, Asrow said.

Those verifiers must also be universal, however.

“Biometrics might be a great tool but are usually only available if you’re working on more advanced phones,” Asrow said. “These systems need to be ubiquitous. They need to be available to all of our citizens.” 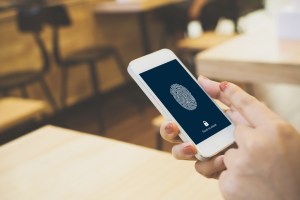