The former head of the Defense Innovation Unit called Wednesday for a massive increase in the budget for emerging technology initiatives across the military, including the Joint Artificial Intelligence Center, the Air Force’s Pitch Day and others.

“Now is the time to supercharge DOD access to innovation,” Raj Shah said during a hearing for the House Armed Services Committee’s Future of Defense Task Force. He described the current funding levels of less than $1 billion on “true AI research” to be not much more than a “rounding error” in the more than $400 billion annual acquisition budget the DOD gets from Congress.

Funding for programs and others should be 10 times what it currently is, said Shah, who was the leader of DIU when the Silicon Valley connector was under its previous moniker, DIUx. He called for flooding cash into Pentagon programs that are “bearing fruit” by bringing innovative technology into the DOD, including the DIU, JAIC, Air Force Pitch Day and “many others” as those that should get a boost in their budget.

Shah’s comments come as Congress waits for the White House’s budget proposal for fiscal 2021. The document, expected to be released next week, will outline the president’s proposed spending for the year and kick off the budgeting process. Other expert witnesses echoed Shah’s recommendations of upping the funding but in different forms.

“If the Department of Defense and Congress value AI-enabled capabilities, autonomous systems, small drones and other emerging technologies. .. you have to buy more of them,” Brose said.

Brose said that government leaders are “overthinking” the problem and should focus on creating incentives for companies to sell new technologies to the DOD. A critical part of that will be ensuring stable budgeting processes, Eric Fanning, former secretary of the Army under President Barak Obama, said at the hearing.

“China does not periodically shut down its government, too often we do,” Fanning said.

“Our innovation superpower for the past half-century has been our investment in human capital,” Shah said. But those efforts have “withered” in recent years.

Shah recommended creating a special “national security innovation” visa, opening military installations in cities with major innovation hubs and increase opportunities for technology workers to enlist and use their skills on a part-time National Guard-type service.

“I have seen great innovation … however sometimes it has been hard for the innovation taking place in industry to get into the government,” Fanning said. 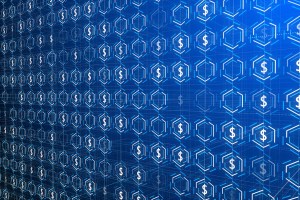