The potential No. 3 in the Pentagon told senators in a confirmation hearing Thursday he wants the Department of Defense to focus more on network resiliency, acknowledging the frequency of cyberattacks it faces is likely to increase.

Colin Kahl, the Biden administration’s nominee to be DOD’s undersecretary for policy, said there needs to be more emphasis within the department on being able to quickly repair and harden vulnerabilities in its networks. The SolarWinds Orion attack is an example Kahl pointed to highlighting the need to increase the speed of response to ensure stronger deterrence and defense against cyberattacks.

“Our networks have to be more resilient so they bounce back further,” Kahl told the Senate Armed Services Committee.

Though Kahl has served in several defense policy jobs during previous administrations, he faces a few hurdles to a Senate confirmation, namely several Republicans who stated they will not support his confirmation because of past tweets critical of the party and his stance on the 2015 nuclear deal with Iran.

“I tend to align myself with the views of the Cyberspace Solarium Commission,” Kahl told senators, some of whom worked on the commission. He said there needs to be “deterrence by punishment” to thwart future attacks, but recognized nothing will stop continued attacks against DOD networks.

When questioned about the root cause of the vulnerabilities, especially in the SolarWinds breach of non-DOD networks, Kahl demurred, saying he was not privy to any current government assessment. But, he committed to working to address IT vulnerabilities and targeting persistent weaknesses in DOD networks.

Outside of his past work in government, Kahl also studied the impacts of emerging technologies in defense and international security. That research, he said, would inform his leadership in the Pentagon if confirmed, stressing that emerging technologies must be prioritized in the budget as the DOD faces Great Power Competition with China and others.

“As we craft our National Defense Strategy … we have to be prioritizing investments in these areas,” he said.

Technologies like artificial intelligence, quantum computing and biotechnology will “define life” for the next century, he said, and should have support from the DOD through more science and technology education, and research and development spending. 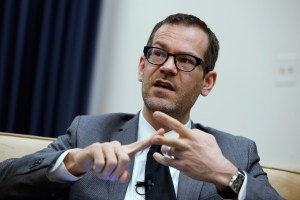