The Department of Defense is working to share electronic warfare capabilities across the services under a common framework.

The nature of threats and how enemies can deliver effects over extremely long ranges has forced the U.S. military to think differently about countermeasures to encompass the entire kill chain, from sensors to weapons approaching their aim points.

“Where we historically viewed tactical EW from a Navy perspective, predominantly as ship defense or tactical aircraft defense, now when we view countering strategic sensors, those impacts have joint force implications,” David Tremper, director for electronic warfare in the Office of the Undersecretary of Defense for Acquisition and Sustainment, said Wednesday at a virtual event hosted by the Hudson Institute.

“Those effects can be delivered whether you’re on land, or you’re on sea, or you’re in the air. We’re starting to very closely observe how can I take a capability from one service that then addresses some of those threats and migrate them across the other services,” he said.

Tremper highlighted capabilities being developed by the Air Force’s 350th Spectrum Warfare Wing, which, in part, works to connect platforms and other capabilities to create on-demand, ad-hoc kill webs through reprogramming of existing systems.

The department is trying to replicate this across the other services and enable it with government reference architectures such as the Army’s Command, Control, Communications, Computers, Cyber, Intelligence, Surveillance, Reconnaissance (C5ISR)/Electronic Warfare Modular Open Suite of Standards (CMOSS) and the Air Force’s Sensor Open Systems Architecture (SOSA).

This will “make sure that we have alignment there so that when the Navy develops the capability, it’s a value across the joint forces, particularly when it’s going against a common threat, which has historically been something more strategic,” Tremper said.

Tremper recalled a recent example in which an algorithm developed by the Navy was of interest to the Army. In a technical sense, it just needed to be transferred from one government lab to the other, which should have been relatively easy. Yet, a memorandum of understanding had to be put in place between the two service labs. It took nine months just for the transfer to be approved by the lab that had the technology. Ultimately, a year-and-a-half later, the memorandum of understanding was deemed insufficient to support the algorithm migration.

“What did we just do? One service just lawyered up against the other service is effectively what happened and prevented a critical capability … from going from one service to another service,” Tremper said.

Sharing these types of capabilities across the military can save millions of dollars in redundant research-and-development investment, he noted.

The military is also trying to get away from a platform-centric approach to a threat-focused approach when it comes to achieving superiority in the electromagnetic spectrum.

The needed capability could be a large platform, a cyber/EW capability, or something else, she said.

“I think as we go forward, especially with this renewed emphasis on EMS superiority and then with the [DOD EMSO strategy] implementation plan, is to take a step back and say … what effect are we trying to achieve, what are we trying to do? And then get an efficient and effective capability to help us get that effect.” 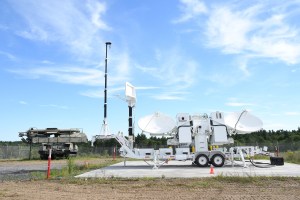 DOD wants to share electronic warfare capabilities across the military