He joined Boston Government Services earlier this month as chief information security officer and director of cybersecurity compliance, according to his LinkedIn.

Csulak departs after more than a decade in federal tech leadership roles. Before becoming permanent chief data officer at the Energy Department in April, he was deputy CIO for cybersecurity and CISO at the department

Previously he held roles including chief information security officer for the Centers for Medicare and Medicaid Services and acting CISO at the Department of Homeland Security. Earlier in his career, Csulak was a chief engineer at Mitre Corp.

Prior to his appointment as DOE chief data officer earlier this year, the role was being carried out on an acting basis by multiple senior technology officials.

His departure is the latest of several personnel changes among the department’s technology leadership. Earlier this month, Shila Cooch joined the agency as chief information officer of the Office of Science, after three years as director of IT policy within the Office of the Federal CIO.

In September, Pam Isom stepped down from her role as director of the Department of Energy’s recently established artificial intelligence and technology office.

In a note on LinkedIn, Csulak said: “Excited to start a new role with the incredible team at BGS, LLC including Harry Boston, Bridgitte Mase, and Dan Ciarlette. Looking forward to advancing #CMMC and enterprise cybersecurity.” 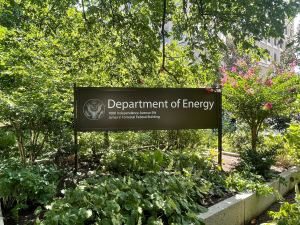