Booz moves to the private sector after a 25-year career in government, most recently as senior IT adviser within the Social Security Administration’s Office of Digital Transformation. Earlier in his career, he also worked at the National Security Agency for five years.

At Accenture, Booz will work within the consulting firm’s federal program and project management division, and his work will focus on Department of Defense contracts. He joins Accenture on Aug. 17.

At SSA, he worked as technical and strategic lead for multiple platforms and areas of IT infrastructure, including ServiceNow and Pega, Windows, Linux infrastructure, VMWare servers, cloud adoption and software consolidation.

Booz joins the ranks of federal agency IT leaders who have left government services to join Accenture. In 2020, former Air Force CIO Bill Marion moved to the company, taking up the post of managing director of growth and strategy within the company’s defense and intelligence practice.

A spokesperson for AFS confirmed his appointment. 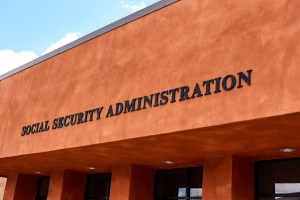