At least 10 U.S. government agencies are undertaking research and development work into facial recognition technology, according to a new report by the Governmental Accountability Office.

The study, which was published on Tuesday, identified a range of projects across government currently underway, from experiments with new forms of enhanced staff identification to research on the impact of race and aging on the accuracy of the technology.

Out of 24 agencies surveyed by GAO, 19 reported using facial recognition technology. The most common uses for it were digital access and domestic law enforcement.

Among the most prolific users of such systems are the departments of Defense and Justice, which according to the report use facial recognition for domestic law enforcement, physical security, and also national security.

At the DOJ, the FBI uses a platform called Next Generation Identification Interstate Photo System to generate leads during investigations by comparing photos of unknown individuals suspected of criminal activity against a repository of photos of known individuals.

According to the report, agencies also access commercially owned facial recognition systems as part of criminal investigations or to assist in identifying a missing person or victims of crimes, such as exploited children.

It found also that the Department of Homeland Security has entered into facial recognition technology-related agreements – which are known as project arrangements – with the British and Australian governments. DHS also reported transactions with the Mexican government and Guatemalan government.

NASA uses facial recognition technology to verify the identities of individuals being issued ID cards and also to demonstrate how such technology works in educational settings.

The latest report comes as lawmakers in the House and Senate consider legislation that could potentially halt the use of facial recognition and biometric data collection tools by federal law enforcement.

It follows a prior study from GAO, published in July, that called for agencies and Congress to consider improving standards, training and transparency around forensic algorithms. 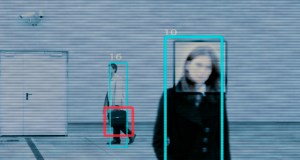