The Government Accountability Office has both kind words and some constructive criticism for governmentwide spending data website USASpending.gov.

The government watchdog released a new report Dec. 13 highlighting five “key practices” for transparency in government data. Per requirements in the Digital Accountability and Transparency Act of 2014, it also measures how USASpending.gov lines up against these goals.

The upshot? USASpending.gov, and the Department of the Treasury team that led its development, follow several model practices — but there’s room for improvement too. The website has “the potential to be a model for transparently reporting government data — if Treasury takes additional steps,” GAO writes.

GAO’s five principles of open government data — developed through literature review as well as in conversations with practitioners — assert that any provider of truly transparent government data should provide data for free and without restrictions; engage with users of the data; provide the data in useful formats; fully describe the data with relevant metadata; and facilitate data discovery by users.

GAO praises USASpending.gov for making data “open by default” and for providing said data for free. The watchdog also commends Treasury’s user-centered design process and the fact that USASpending.gov openly solicits user feedback on its “community” page. The site is also consistent with the five principles in that it uses visualizations to help users discover (and use) the data and that it provides the data in machine-readable formats.

It isn’t all pure commendations for the site, though. GAO wants USASpending.gov to get better, and it has some ideas for how that will happen.

Among the areas for improvement identified by GAO are the use of structured metadata, security and the search functions available on the site. “Treasury labels some of the data on USAspending.gov in tables and data visualizations, and describes it in narrative form,” the report states. “The website also includes data dictionaries that provide definitions for the data elements. However, the website lacks structured, machine-readable metadata.” Having such metadata available is a key practice because it increases the utility of the website for users, GAO argues.

The GAO is also concerned that Treasury lacks a process for ensuring that new pages on USASpending.gov meet federal security standards — but the Treasury says it is working on this.

And finally, while GAO broadly praised the search functions available on the website, it noted that users are currently unable to search by program source or city. Both of these, GAO states, are required by law.

GAO concluded its report by offering five recommendations around fixing these outstanding issues. Treasury has agreed with all five. 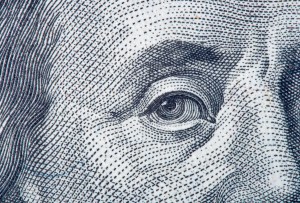 GAO on USASpending.gov: It’s good, but it could be better