The National Institute of Standards and Technology is currently finalizing plans to establish an online center to complement its Artificial Intelligence Risk Management Framework, according to an agency spokesperson.

It will be called the Trustworthy and Responsible AI Resource Center, and will provide support documents and guidance about trustworthy AI‘s characteristics and use cases. The repository is also intended to contain contributions from other agencies and industry, which will be added at a later date.

IT Laboratory Chief of Staff Elham Tabassi testified before Congress on Thursday that NIST was on track to release its finalized AI Risk Management Framework (AI RMF) — mapping and measuring the technology’s risks to organizations and society more broadly — in January 2023. The expanded second draft of the AI RMF opened to public comment in August and came with a playbook of recommended actions to ensure AI systems’ trustworthiness throughout their life cycles, which will become part of the center.

“[The center] also will include a knowledge base of terms associated with trustworthy and responsible AI,” the spokesperson told FedScoop. “Clear and consistent guidance about AI terminology has been one of the high-priority requests from stakeholders.”

Another center resource will apply the AI RMF to technology procurements.

At the same time the National Cybersecurity Center of Excellence is developing guidance for agencies and industry on assessing, managing and reducing AI bias specifically during credit underwriting.

NIST is conducting a series of community evaluations, modeled after ones it has conducted for biometrics and information retrieval, where scientists and other groups will be convened to discuss trustworthy AI characteristics.

As part of finalizing the AI RMF, NIST has an open call for third-party contributions of additional guidance.

“Potential contributions may include AI RMF profiles, which are instantiations of the AI RMF functions, categories and subcategories for a certain application or use case, such as hiring or lending,” the spokesperson said. 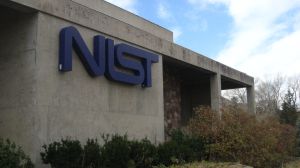