The Office of Management and Budget has disagreed with a Government Accountability Office’s finding that it should create a more precise scale for rating the overall effectiveness of agencies’ information security programs.

“As a result, IG ratings may be less useful for cybersecurity oversight,” reads the report. “By clarifying its future ratings guidance and improving its rating scale, OMB could help ensure that the reviews provide a more consistent picture of agencies’ cybersecurity performance, enabling Congress to better understand agencies’ relative cybersecurity risks.”

GAO countered OMB need not alter its five-point maturity model scale, but instead end the practice of letting IGs report their information security programs as effective or not effective. As it stands IGs may rate their agencies’ programs as effective, even if the OMB-provided assessment suggest otherwise, and they don’t make program maturity clear.

The report further recommends OMB specify when IGs must use its grading scale versus another, but the agency responded it established standards but allows IGs review flexibility. GAO countered its recommendation would give IGs clarity on when to use their flexibilities to expand or adapt reviews.

GAO encouraged OMB to work with the Department of Homeland Security and the Council of the IGs on Integrity and Efficiency to implement both recommendations. 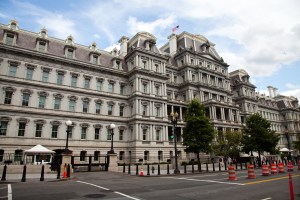