The Senate sponsors of the Modernizing Government Technology Act are urging their colleagues on a leading committee to move quickly on the legislation.

A bipartisan group of senators penned a letter to the top members of the Committee on Homeland Security and Governmental Affairs arguing that swift approval of the bill would “advance our shared goal of preserving national security and ensuring that the federal government uses taxpayer dollars wisely.”

The legislation would allow agencies to put money saved through IT efficiencies into working capital funds as well as a centralized IT modernization fund. The bill would authorize $250 million in funding for the central fund in each of its first two years.

The House version of the MGT Act sponsored by Rep. Will Hurd, R-Texas, passed earlier in May after introduction just weeks before. However, identical Senate legislation, written by Sens. Jerry Moran, R-Kansas, and Tom Udall, D-N.M., hasn’t made such progress.

“We believe our bipartisan legislation complements your interest in improving how the federal government acquires, implements, and manages information technology (IT),” Moran and Udall wrote in the letter, also signed by Sens. Mark Warner, D-Va., and Steve Daines, R-Mont. Daines is a member of the committee.

“The rising cost of maintaining such ‘legacy’ IT systems hinders the ability for agencies to replace their aging technology tools with more cost effective solutions… [F]ederal IT systems use outdated software languages and hardware parts that are unsupported, making them vulnerable to cyberattacks,” they wrote. “Aging federal IT systems may pose other serious security risks due to the inability to use data encryption, multi-factor authentication and other current security best practices.”

The MGT Act received welcomed support from the Trump administration in its budget request for fiscal year 2018, as it requested $228 million for a central Tech Modernization Fund, a bit shy of the $250 million the legislation calls for in 2018.

“I’ve worked hard to earn broad bipartisan support in the House, Senate and Administration and I am grateful for the widespread recognition of the need to modernize our government systems,” Hurd said in a statement emailed to FedScoop. “This portion of the budget recognizes those priorities, but like all President’s budgets, there are still many steps to go before this funding becomes a reality. I am cautiously optimistic that Congress will continue to prioritize the safety and security of our digital information and infrastructure, and am committed to championing the initiative throughout the budget and appropriations process.” 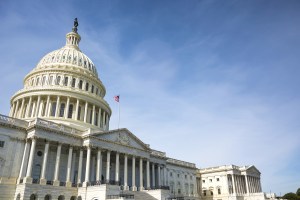