“In the government world [procurement is] an asset that can be managed to get the results you like,” said Tom Sharpe, commissioner of the General Services Administration’s Federal Acquisition Service. “I think when you have austere budget times, I think that is a louder call for action. We may be entering austere budget times … I think that calls for faster and bolder action.”

Sharpe and the Office of Federal Procurement Policy’s acting administrator, Lesley Field, spoke as part of an AFFIRM luncheon Thursday of their initial interactions with the new administration and understanding of the directives set forth in the Office of Management and Budget reorganization memo released April 12.

The FAS commissioner called innovation the “crux behind the procurement portion of the memo,” based on his understanding of it.

“How do we become innovative and thereby more efficient in delivering what our agency partners need to do in their mission and how they make best use of those dollars on behalf of the taxpayers,” Sharpe said.

Field agreed that there’s a continuation in the appetite seen during the latter years of the Obama administration to “think outside the box.” She sees the Trump White House’s creation of the Office of American Innovation as an acknowledgement of that.

Rather than coming in with overly prescriptive policy points, OMB has done a good job looking to the teams of career officials who’ve seen the trajectory of federal procurement to help shape the administration’s stance around how it will buy, Field said.

“The conversations were really good,” she said. “They were very open to our explaining what we have been doing. To be honest, in the last couple years, we’ve really made significant progress. We’ve laid a great foundation: We’ve got folks in place, we’ve got processes in place, we’ve got a lot more data now than we ever have before, and I think being able to present that in a cogent way, which we did, we were able to show we made a lot of progress, so let’s keep going.”

Field added: “I think they felt very comfortable that we had done our homework.”

For CIOs and the federal technology community, she expects that means a continued focus around category management and purchasing commodity technology in a more centralized manner to reduce inefficiencies and redundancies in contracting.

“I think IT continues to be a really important part of what we buy and how we buy it I think is changing,” Field said. “So I don’t anticipate that will change.”

And as IT modernization becomes a greater focus both on the Hill and in the White House, and with declining budgets, “there have to be new and better ways to buy IT,” she said. “We need to modernize these systems.” 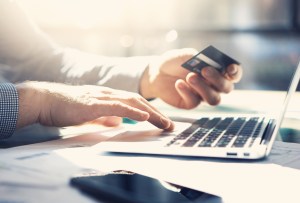