In the president’s proposal, DHS’s Science and Technology Directorate would be allocated $627 million in the budget for fiscal 2018, which starts Oct. 1, compared to the $771 million it actually got this year — a proposed cut of, $144 million or more than 18 percent. The bulk of that, nearly $100 million, would come off the top of the directorate’s R&D budget.

Although the fiscal 2018 plans have yet to be approved by Congress, DHS is moving ahead, making preparations to close three of its national laboratories and defund half-a-dozen centers of excellence it has supported at universities around the country.

Read more about the fallout of the proposed cuts on CyberScoop. 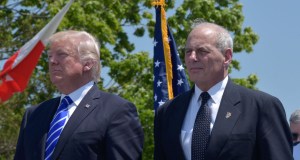