The Department of Homeland Security shouldn’t reintroduce an electronic system for processing immigrant naturalizations that was plagued with problems after its original launch, the department’s inspector general urged Monday.

The DHS Office of the Inspector General issued a recommendation to “stop plans to reinstate use of the Electronic Immigration System” based on “an ongoing review which discovered alarming security concerns regarding inadequate background checks and other functionality problems with ELIS,” the office said in a release.

DHS’s U.S. Citizenship and Immigration Services has been developing the system, dubbed ELIS, since 2009. ELIS was originally slated to be operational by 2013, with the overall goal of allowing immigrants to more easily apply for citizenship online. Despite a 2012 launch, the project ran far over budget and only two of of about 90 benefits and services were available for processing online, according to a March 2016 OIG report.

USCIS estimated then that it would take three more years and another $1 billion to complete the work.

In August 2016, USCIS decided it would be best to take the system offline to address the critical security concerns the OIG references in this most recent recommendation issued Monday and a November audit, which revealed that about 20,000 green cards had been issued in error because of ELIS technical and functional deficiencies.

But the inspector general learned recently USCIS would reinstate the program sometime in January, it said, leaving it fearful the security and functionality issues hadn’t been fully resolved.

“Due to the significant unresolved functional and technical issues surrounding ELIS — issues my office has reported on in numerous reports in the past — we strongly advise USCIS leadership against the premature return to electronic processing of naturalization applications until corrective actions are taken and these persistent issues are resolved,” DHS Inspector General John Roth said.

Since issuing 11 recommendations with its November audit, all of which it says USCIS has resolved but are still open “pending completion of USCIS’ planned actions to address them,” the OIG has been conducting a review of ELIS systems to see if they were secure and functional. Though only in its preliminary stages, the OIG investigation found “significant operational and security issues that pose grave concern and merit your attention and corrective action,” Roth wrote in Monday’s management alert to USCIS Director Leon Rodriquez.

As of Jan. 11, testing of the system granted 175 immigrants citizenship without checking their biographic information with the FBI and U.S. Customs and Border Protection. Without such vetting, “immigrants could potentially be granted U.S. citizenship although they are ineligible or pose national security threats,” Roth’s alert says.

The DHS OIG wasn’t planning to release results of its current review until later this spring. But, as Roth explains in Monday’s alerts, “Rather than waiting several months to issue a report when the ongoing audit is completed, the OIG is taking the extraordinary step of elevating this urgent issue to USCIS leadership early so that immediate corrective action can be taken.” 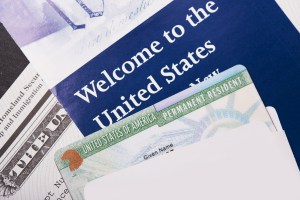