Former Intelligence Advanced Research Projects Agency (IARPA) head Jason Matheny has been tapped to serve in the White House with a focus on the intersection of technology and national security.

In addition to his time as the leader of IARPA, Matheny recently founded and led Georgetown’s Center for Security and Emerging Technology (CSET). He also served as a commissioner on the Pentagon-housed National Security Commissions on Artificial Intelligence, which recommended in early March several changes to national AI policy he will now help oversee at the White House.

“In just a few short years, Jason has built CSET into a major player in the field of emerging technology and national security policy, recruiting an incredible roster of researchers and fellows and producing influential papers that are shaping the policy dialogue,” Joel Hellman, dean of Georgetown’s Walsh School of Foreign Service, said in a note to staff about Matheny’s departure. Dewey Murdick, the current director of data science at CSET, has taken over for Matheny as interim director.

Matheny appears well-liked and respected by his colleagues, both for his intellect and kindness, with many taking to Twitter to congratulate him:

There aren’t enough kind words to describe Jason Matheny, who in addition to being an incredible boss is just a truly wonderful person. While I’m sad that he’s leaving CSET, I’m so excited to see him back in government leading the way on tech and security. https://t.co/ierBEPN19Z

We in the ?? are very lucky to have Jason Matheny working on tech+natsec at the White House. He's one of the smartest, most well-informed, and genuinely kindest people out there.

Matheny’s new job comes at a critical time for technology and national security. The so-called race for AI is increasing in speed and importance with leaders expressing strong desires to adopt AI in critical defense systems. During Matheny’s time at the helm of CSET, much of the think tank’s research focused on the impacts of AI and similar emerging technologies and their national security implications.

“We are excited to have his expertise as President Biden and the NSC elevate US investment in technology and innovation and work with our allies and partners to ensure emerging technologies are safe, secure, and beneficial to free societies,” an administration official told FedScoop about Matheny’s appointment.

The NSCAI report Matheny helped author is already getting traction one of his new bosses, national security advisor Jake Sullivan. “The U.S. and its allies must continue to lead in AI, microelectronics, biotech, and other emerging tech to ensure that these technologies are safe, secure, and beneficial to free societies,” Sullivan Tweeted after saying he received a briefing by the commission 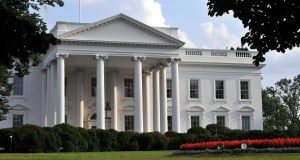