The White House Office of Management and Budget unveiled a draft of its new federal cloud computing strategy for public comment Monday.

Dubbed “Cloud Smart,” the initiative is all about encouraging agencies to continue moving to the cloud while also taking a beat to “ensure that the technology fits the mission,” Federal CIO Suzette Kent said Monday during a conversation with reporters. It’s an update to the Obama administration’s “Cloud First” policy, which was introduced in 2010.

Cloud Smart isn’t so much an overhaul as a reiteration of commitment, taking into consideration both agency developments and the evolution, over the past eight years, of cloud technology itself.

“That was at a time when cloud was still new,” Kent said of the era in which Cloud First was released. “Many agencies were kind of early in their journey in adopting those technologies, and we learned a substantial amount within the federal government.” The capabilities in industry too, she went on to say, “have significantly advanced.”

Taken all together, she suggested, this calls for a new approach.

The strategy is broken down into three “inter-related” components — security, workforce and procurement. Within each of those, the federal CIO Council has set a number of concrete “action items” to be accomplished over the course of the coming months. The timeframes for each of the action items, 22 in total, range from three to 18 months.

The updated policy is required by the White House’s IT modernization report, which was released in August 2017. Per that report, the new policy should “provide additional guidance to agencies on the most impactful use cases for cloud adoption and how best to conduct appropriate operational security in cloud environments.” OMB will also update policies associated with data center management, high-value assets and Trusted Internet Connections in the coming months, Kent said.

The draft strategy is posted to the Federal Register and is open for public comment and discussion on GitHub. “We look forward to the public reviewing and commenting,” Kent said. 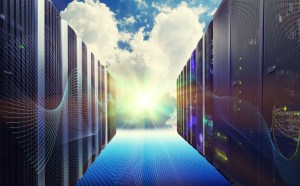