The upcoming 2020 census will be a complex endeavor from an IT perspective — the Census Bureau will rely on 52 new or legacy systems to get the job done. And for the umpteenth time, government watchdogs are saying that not enough is being done to make this critical task a success.

The Government Accountability Office this week released yet another report on the 2020 count, concluding that despite progress, “the Bureau continues to face significant challenges and risks in its efforts to manage the schedules, contracts, costs, and cybersecurity of its 2020 Census systems.”

As the report explores, the Census Bureau is currently conducting its 2018 end-to-end test. This is a critical opportunity for the agency, which is part of the Commerce Department, to identify any bugs or weaknesses in the systems. But delays and timing pressures have forced it to scale back on its original plan. For example, employees told GAO that there are eight systems that will be used in 2020 that are not being tested as part of the 2018 end-to-end test. And whereas the agency initially planned to conduct the full test in three locations — Rhode Island, West Virginia and Washington State — some systems are now only being tested in Rhode Island.

Other areas of concern to GAO include staffing vacancies and rising IT costs. While the bureau is leaning heavily on contractor support for the 2020 count, these contractors need to be overseen by federal employees. But the agency is struggling to fill those roles — “in June 2018,” the report states, “Bureau officials reported that 33 of the office’s 58 federal employee positions were vacant.”

“These vacancies increase the risk that the program management office may not be sufficiently staffed to provide adequate oversight of contractor cost, schedule, and performance,” it continues.

Speaking of cost, the Census Bureau seems to have what GAO somewhat diplomatically calls “challenges” in controlling IT costs. In 2015, GAO reminds readers, the bureau estimated $3.41 billion for total IT costs through 2023. In December 2017 however that number was updated to $4.97 billion — a total increase of $1.56 billion.

“The amount of cost growth since the October 2015 estimate raises questions as to whether the Bureau has a complete understanding of the IT costs associated with the 2020 program,” GAO writes.

Census broadly agreed with the GAO’s assessment. “While we agree that much work remains to prepare and implement our information technology (IT) systems for the 2020 Census, we appreciate GAO’s recognition of the substantial progress we have made over the past year,” Commerce Secretary Wilbur Ross wrote in a letter to the watchdog agency.

This latest report is far from an isolated assessment. “Over the past decade, GAO has made 93 recommendations specific to the 2020 Census to address the issues raised in this and other products,” the report states. 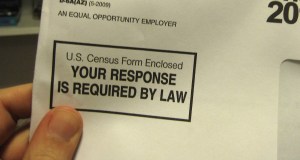 GAO report: 2020 census isn’t out of the woods yet