Anduril Industries, a technology startup focused on earning national security and government work, continues to raise private funding with a Series C round of $200 million, the company announced Wednesday.

The multi-million-dollar haul from investors could illustrate a modern-day shift in Silicon Valley, a place with historical connections to serving American national security but has grown more recently skeptical of working with agencies like the Department of Defense for both ethical and financial reasons. Even major technology companies like Google have faced internal backlash for connections to military projects.

Anduril develops both hardware and software solutions that leverage artificial intelligence and has been involved in early contracts on the Air Force’s Advanced Battle Management System. Its website also lists the Customs and Border Patrol and Northern Command as other U.S.-based partners. The latest round of investments nearly doubles the company’s post-money value to $1.9 billion, according to Anduril.

“We founded Anduril because we believe there is value in Silicon Valley technology companies partnering with the Department of Defense,” co-founder and CEO Brian Schimpf said in a statement. “In just three years we have demonstrated there is a desire for real innovation in defense.”

Schimpf is a former senior employee at Palantir, another technology company that has embraced government work with some controversy. Like Palantir, Anduril also had initial backing from controversial technology executive Peter Thiel. Anduril also hired the former staff director of the Senate Armed Services Committee, Chris Brose, who now works as Anduril’s chief of strategy.

Despite the latest round of funding, challenges still remain for companies like Anduril to earn long-term business in the national security space. There is what is known as the “valley of death” for medium-sized contractors who can easily access early, small seed-like funding from the government but struggle to jump into the ring of big, prime contracts often awarded to established corporations.

Long contracting timelines and slow cybersecurity clearances also create barriers for companies like Anduril trying to sell code and tech. For now, Anduril aims to charge headfirst into the valley and hope to come out the other side alive.

“Our business continues to accelerate with a suite of software and hardware products and an expanding roster of customers,” Schimpf said. 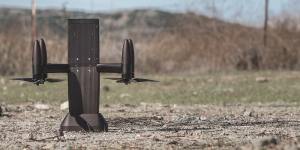