The U.S Army will establish a Center of Excellence at Howard University in what will be a $7.5 million partnership to deliver artificial intelligence technologies.

The Howard University Center of Excellence in Artificial Intelligence and Machine Learning will look at “vital civilian applications and multi-domain military operations” in three areas: AI applications for the Department of Defense, trustworthy AI technologies, and infrastructure for AI research and development.

“The research is directly aligned with Army priorities and will address pressing problems in both developing and applying AI tools and techniques in several key applications,” Brian Sadler, the Army researcher who is managing the partnership, said in the Nov. 23 press release.

The CoE is another example of the Army working to grow and retain its science and technology talent base.

The U.S. Army Combat Capabilities Development Command Army Research Laboratory will manage the CoE. It will include fellowships and scholarships for science, technology, engineering and math graduate students and early-career research faculty.

Howard University is a historically Black research university in Washington, D.C. Earlier this year, the university announced a collaboration with the Army Combat Capabilities Development Command to advance STEM education among underrepresented groups.

“Diversity of science and diversity of the future S&T talent base go hand-in-hand in this new and exciting partnership,” Sadler said.

Researchers are set to begin their work at the center this month. 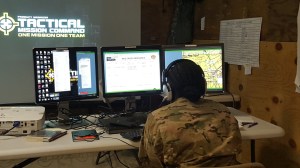 Army and Howard University team up for AI center of excellence