The Army knows it has a talent problem: Its most skilled officers are being lured toward greener pastures in the private sector.

So, the service is launching a pilot called the Talent Based Career Alignment program to try and keep its best soldiers in uniform by guaranteeing talented junior officers a career path that provides more stability for what can often be an irregular series of up-rooting deployments and assignments.

The pilot will start small, placing 25 officers in specialized career paths and expanding to 75 by the end of the year, Army officials with the Talent Management Task Force said during this year’s Association of the U.S. Army’s annual symposium. The initial careers targeted in the pilot do not touch on tech but could have an impact on the retention of those who want to serve in the military as communications or IT-related officers.

“The chief of staff of the Army [Gen. James McConville] has given us a clear mission to improve retention of our most talented officers,” Mag. Gen. Joseph McGee, head of the task force, said during the virtual event. “When you look outside of the military, organizations talk about being in a war for talent. They don’t call it a competition, they call it a war.”

McGee conceded that while the Army fights literal wars, it has not taken the same war-like approach to the talent within its ranks.

Many commands and programs across the Army have already signed on to try out the new program, including offices that work in logistics and training. It is voluntary and open to all, officials emphasized.

“We are extending opportunities to officers based on the levels of talent they have exhibited far earlier in their careers,” McGee said. “We need to compete for the retention of those officers.”

The pilot is one of several ideas the department is developing, along with a range of surveys it continues to conduct to try and pinpoint ways to keep officers in the Army. 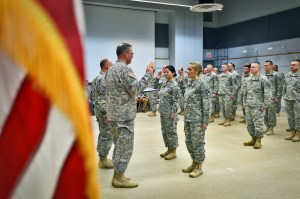