The White House Executive Order on Improving the Nation’s Cybersecurity places federal agencies under increased scrutiny to prove they are taking steps to protect their enterprise networks against cyberattacks and protect the sensitive data they hold.

To build a clear strategy, and to make the necessary updates and changes to their cybersecurity posture, it is important that agency leaders understand the role zero trust plays in modernizing an organization’s security posture.

A recently released white paper, “The Rise of Zero Trust, Separating the Reality from the Myths” — produced by Juniper Networks — aims to separate the reality of zero trust security architecture from the myths and misconceptions that can discourage leaders from moving forward.

Additionally, the report looks at how best-of-breed tools, like Juniper Connected Security, support and implement a zero-trust framework quickly and easily.

“Today, the network perimeter has evolved as workloads have moved to the cloud while non-managed, mobile devices have become the norm rather than the exception,” says the report, and cybercriminals will continue to exploit those gaps in visibility and protection.

Learn more about how to support each pillar of the zero-trust model.

This article was produced by Scoop News Group for FedScoop for, and sponsored by, Juniper Networks. 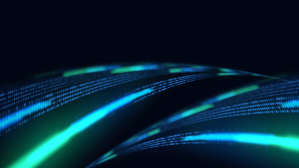 Breaking through the myths and misconceptions of implementing zero trust