Customs and Border Protection has received a $15 million Technology Modernization Fund award to help with the continued modernization of a COBOL-based platform it uses to track imported goods.

CBP will use the funding to breathe new life into its 30-year-old Automated Commercial System, a mainframe platform that runs on  3.9 million lines of COBOL code to track, control, and process everything imported into the U.S.

“I am thrilled to congratulate CBP on their award as one more example of the ability of the TMF to enable long-term modernization projects across the federal government,” said Deputy Federal CIO Maria Roat, who sits on the TMF Board.

The agency refers to the modernized platform as the Automated Commercial Environment. According to a release, “by the end of this project, CBP will have a cloud-based core collection system that will modernize both the underlying technology and the code base. CBP will also achieve operational efficiencies that will decrease its current software expenses and reduce other existing development and maintenance expenditures.”

The Automated Commercial Environment isn’t exactly a new project for CBP, however. The customs agency has been working to modernize the system through a $5 billion acquisition for the better part of the last two decades — a struggle well-chronicled by critical Government Accountability Office audits that refer to the project as high-risk.

This award is the 10th under the TMF program since 2018. In total, the board has doled out more than $116 million to seven agencies, which are expected to pay back the money within five years. In total, the fund has received $150 million in appropriations, despite the White House requesting significantly more.

House Democrats hope to give the TMF a significant boost of at least $1 billion in the upcoming coronavirus relief package. However, they must convince Republicans in the Senate, who have been wary of the TMF, that the fund is deserving of such a robust payday. 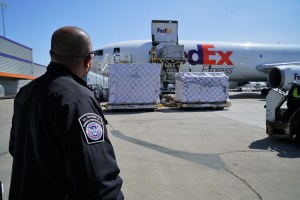