The Department of Homeland Security’s continuous diagnostics and mitigation program is close to receiving authorization for a shared services platform to provide cybersecurity support to non-CFO Act agencies, an agency official said.

“The shared service platform is working to support the smaller agencies to get the sensors out to their environment, but then be able to report back to a multi-tenant agency dashboard that then feeds up to the federal dashboard,” he said at the American Council for Technology and Industry Advisory Council’s Acquisition Excellence conference.

The platform was one of several initiatives Cox said DHS was currently working on within the CDM program, including establishing data exchanges for network dashboards at cabinet-level agencies to feed information to the larger federal dashboard for better monitoring.

Agency officials detailed the federal dashboard last fall as a way to get a better insight of the activities and devices on federal networks. Cox said he anticipates greater operationalization in the next two months, working with the National Cybersecurity and Communications Integration Center.

“That is the first step in terms of building shared services across the government. Going forward, we are working with [the Office of Management and Budget and the General Services Administration] exploring other types of shared services we want to offer in the future,” he said. 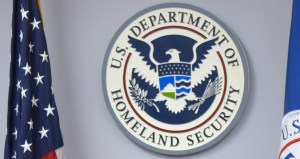