More than two decades old now, the Clinger-Cohen Act has become outdated, burdensome and overall a detriment to the Department of Defense’s acquisition of modern technologies, according to a new report from a congressionally established defense acquisition panel.

As such, the Section 809 Panel argues in a new report that Congress should exempt DOD from the Clinger-Cohen Act provisions under Title 40 of the U.S. code, which have served as the law of the land for federal IT since 1996.

This report is the final volume of series of three that compile a “total of 98 recommendations aimed at changing the overall structure and operations of defense acquisition both strategically and tactically.” Congress established the panel in the fiscal 2016 National Defense Authorization Act “to address issues with the way DoD buys what it needs to equip its warfighters.” It consists of 16 commissioners who are “current and former Military Service members, civilian DOD acquisition professionals, and industry representatives.”

Clinger-Cohen created what has become the modern CIO role and largely dictates management and oversight of federal technology acquisitions and investments. But things have changed, the panel’s report notes.

“Within DoD, the CCA compliance process is not only outdated but also a time-consuming burden for programs that are layered on top of DoD’s robust resources, requirements, and acquisition system.” In today’s environment, Clinger-Cohen “has become more of a hurdle than an enabler in efforts to streamline and modernize IT acquisition,” the panel says.

While the law set a strong standard for future IT legislation that has followed since — like the Federal Information Security Modernization Act, the Federal IT Acquisition Reform Act and the Modernizing Government Technology Act — “it has outlived its usefulness,” the panel states. Effective legislation and guidance should “look more like FITARA, FISMA, or the MGT Act, all of which provide increased flexibility and more effective oversight,” the panel says. The idea is that innovation won’t come from a law more than two decades old, rooted in a pre-cloud era.

Specifically, the panel wants Congress to do away with the checklist compliance of the dated law and replace it with “with a truly strategic, outcome-oriented IT acquisition process that empowers the lower-level workforce, shortens delivery schedules, and avoids paperwork for its own sake. Once Congress has approved the exemption of DoD from CCA provisions, DoD and [the Office of Management and Budget] should modify existing policy and guidance documents to reflect these changes.”

However, Clinger-Cohen shouldn’t be repealed outright, because it’s still useful for many other agencies, the report says.

The latest report volume contains an entire section of recommendations related to DOD IT acquisition, emphasizing the need for the Pentagon to better align with commercial IT providers and their practices. The panel stresses that the department should also consider revising acquisitions regulations to account for the shift in the procurement away from IT products and services to consumption-based solutions, like cloud, and conduct a pilot program to contract with private sector IT consultants through an online talent marketplace. 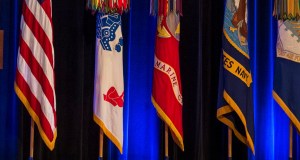