Using challenges or competitions to bring non-traditional companies into government’s orbit is now a somewhat familiar tool for the National Geospatial-Intelligence Agency, but its deputy director said Monday the agency is thinking about ways to keep things interesting.

“I could imagine a future where instead of running a competition where the prize is money, that we run a competition where the prize is data,” said Sue Gordon at a breakfast Monday in Washington. “And think about what some of the people can do with an annotated data set, in terms of the machine learning and such. So I think it’s a brilliant future.”

The future is in public-private partnerships, and one of the NGA’s greatest assets is its data, Gordon said. It could be “made available differently, in partnership,” she said, noting that “we think very interesting things could happen.”

To be sure, agencies have to reconcile the idea of using data as a prize with the reality that the data’s existence is underwritten by taxpayer dollars. For that reason, many data sets are made freely available to all. When asked in an interview with FedScoop following the breakfast, Gordon acknowledged the issue. The goal is to do it in a “reasonable way,” she said, possibly with the help of a public-private partnership.

“Put yourselves in our shoes: knowing that you have something of value. Because the other thing we’re supposed to do is we’re supposed to deliver to the people the value of what we have,” Gordon said. “One of the values that we do have is our data sets, and so how do we make those useful? We’ve made them specifically useful on topics, are there other ways we can make them useful is really the question we’re pondering?”

One way the agency’s data could be made more useful might be working “with the developers of tools to drive information value,” Gordon said.

Using what comes from competitions

No matter what is offered as a prize in a competition, the biggest battle is actually finding ways to implement the found capabilities. The biggest enablers for that at NGA, according to Gordon, are the agency’s move to the cloud and implementation of a DevOps environment.

From that competition, the Disparate Data Challenge, “what we got back were really innovative solutions and we have in fact given it to our officers to test drive,” Gordon said Monday.

While Gordon said she thinks challenges and competitions like that one are the kind of acquisition innovation the agency needs, the real challenge is getting the winners’ capabilities into the agency.

DevOps, according to Gordon, has allowed new ideas to be introduced, “without going through the excruciating product process that we had in the past.”

Gordon gave NGA an aggressive goal of two years to get to the cloud, and it’s about one year into the process. While that first year was slow, she said, the second will see an acceleration.

“We’re moving data in, we’re moving big applications in … I don’t think realistically we’ll be completely done in two years, but … we develop everything cloud-native now. Everything new that we introduce, every contract we let the expectation is it will be there,” she said. “So our challenge is getting our old stuff into it, but what you’re going to see taking off is where we’re going to put our new things.”

Making the move was more difficult than expected, Gordon said, but she is not hesitant about the direction the agency is taking.

“You have to set a mark otherwise we would have never done it,” she said. “And we made that move faster than almost any organization of our size, and so what everyone else is learning about how a mature organization transfers itself into a cloud, I think, has provided great benefits.” 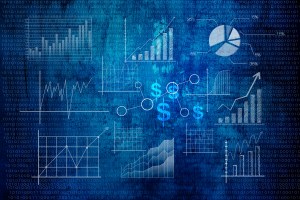 Could data be a challenge reward? Intelligence agency official says it’s worth exploring