The Department of Homeland Security’s Science and Technology Directorate is seeking information from the public on the use of artificial intelligence, including facial recognition technology.

In a request for information published in the Federal Register, the department said it launched the survey Nov. 5 to collect information from the public about the applications of the technology.

“DHS has already used or piloted AI-based technologies in several of its key functions, including customs and border protection, transportation security, and investigations,” the document said. “However, AI in general and facial recognition in particular are not without public controversy, including concerns about bias, security and privacy. Therefore, understanding how the public perceives these technologies, and then designing and deploying them in a manner responsive to the public’s concerns, is critical in gaining public support for DHS’s use of these technologies.”

DHS will accept responses to the RFI through Dec. 5.

The use of facial recognition, AI and machine learning technologies by federal agencies continues to attract scrutiny, including over how human factors such as race and aging affect the accuracy of the technology.

In August, a report by the Government Accountability Office found that 19 out of 24 agencies surveyed reported using facial recognition technology. The most prolific use of the technologies by federal agencies was for digital access and domestic law enforcement.

GAO’s investigation found also that the Department of Homeland Security had entered into facial recognition technology-related agreements with the British and Australian governments. DHS also reported transactions with the Mexican and Guatemalan governments.

Lawmakers in the House and Senate have considered enacting legislation that could potentially halt the use of facial recognition and biometric data collection tools by federal law enforcement. 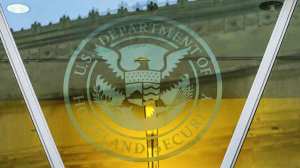 DHS launches public survey on use of AI