The Air Force wants to pull the private sector onto its technology-development stack as the department tries to use digital engineering for as many projects as possible. But the defense industrial base doesn’t seem thrilled about that idea.

The goal is to be able to fully build, test and optimize all Air Force systems in virtual environments before they are physically made. Everything from aircraft to weapons systems would be designed within the service’s computing environments, saving it time and money working in virtual simulations rather than manufacturing prototypes. But to do that, the Air Force needs to get companies to change the way they think about how they work with the military.

Industry is no stranger to digital engineering, of course, as defense contractors have been working for years on developing physics-based models that test out a plane before any part hits a manufacturing line. But even the most military-friendly companies are strangers to doing it wholly on government systems, which Air Force leaders say is necessary to enable the enterprise-wide reach they envision for digital engineering.

“Digital engineering is the closest thing to magic I have seen in defense,” said the Air Force’s head of acquisition, technology and logistics, Will Roper, during a press conference in September. “I want to build everything this way.”

To entice industry, the Air Force is in the process of trying to build “world-class IT” for industry and government officers to use alike, Roper said. But that probably would address only some of industry’s concerns. Companies that work closely with the Defense Department are concerned about gray areas for intellectual property rights, thorny IT challenges, and the possibility of losing their competitive edge if every Air Force contractor is on the same stack — the word for the multilayered technology that developers use.

What Roper said “is a great sound bite, but there is a lot of really hard IT challenges,” says G.J. Miller, chief engineer for Boeing’s T7-A Advanced Pilot Training Program. Getting industry-designed ideas into Air Force simulations could be one of them, along with the need to better tag and search through the reams of data digital engineering uses.

Miller said he is still open to the idea, though, despite the expected challenges. Companies might want to form a working group or “tiger team” to help prepare the way, he said.

Raytheon, another large defense contractor, signaled some hesitancy to going all-in on the Air Force’s tech.

“We’re working with the Air Force and the other services to determine the best way to integrate with their technology-development stacks,” Wes Kremer, president of Raytheon’s missiles and defense work, said in an email. “An integrated approach, with complementary changes in contracting terms, supports the government’s goals and allows for industry innovation.”

It’s definitely a touchy subject. Other companies and industry groups FedScoop contacted about the Air Force’s idea either declined to comment on the record or did not respond.

Working on one tech stack allows for consistency in how the digital environments are used to engineer new platforms and can enable the “single source of truth” necessary for digital engineering to work. In mid-September the Air Force introduced new technology policy for offices to build their own tech-development stacks and utilize technology offices to acquire cloud services and development environments. Program managers need to “own your tech stack,” according to the new policy.

“Owning” a tech stack means that programs and offices within the Air Force must control everything that effects the lifecycle of the technology they use — the data, the technology baseline and the architecture.

The idea is not to have every team starting from scratch to make independent tech-development stacks, instead the Air Force wants to have an enterprisewide reference architecture with departmentwide platforms. That means expanding offices that already do this, like Cloud One and Platform One, the department’s enterprise cloud and DevSecOpps initiatives. The goal is not for one system or services to rule them all, but designated to-go places within the Air Force for offices to get as-a-service options to put in their tech stack. The force says both are already providing as-a-service cloud and other tools to programs like Ground Based Strategic Deterrence (GBSD).

“Future development and operations must ride on one digitally — not physically — separated tech stack because the pace of digital warfare now demands it. That next digital bullet must be one real-time download away,” the policy states.

Even if the Air Force does make world-class IT that could rival systems used in the private sector, Miller said that one disadvantage to migrating to the Air Force’s tech stack was a loss of competitive edge between companies. For companies that do their own digital engineering, it’s a boost to their prospects of winning contracts. Without that boost, it will be harder for companies to have “differentiators.”

There are also issues on digital data property rights, he said. If a private company is using and creating new technology for the government on government systems, the line of who owns what could be hard to draw.

Despite listing major issues with moving to a government stack, Miller said he still is open to it, provided his concerns are alleviated.

“Nobody wants to slow roll this — there is real value,” he said. “It’s a national imperative.” 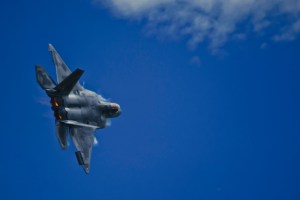 The Air Force wants companies to use its tech stack for digital engineering. Industry isn’t so sure about that.