The Defense Department is in the market for a GPS alternative.

For the past three decades, starting with Operation Desert Storm, the U.S. military has relied on GPS extensively as its primary mode of what it calls “positioning, navigation and timing” (PNT) — the ability to locate something and its movement at a given time. But the satellite-based GPS system has become “contested” and “vulnerable” and can no longer be relied on as the primary source of PNT for the Pentagon, Brig. Gen. Kevin Kennedy said Wednesday.

Kennedy serves as the principal director to the Deputy CIO Brian Teeple, focused on command, control, communications and computers (C4) and information infrastructure capabilities in the office of the DOD CIO, currently filled by Essye Miller.

One of the office’s top priorities for the coming year will be to find “alternate sources” to GPS, he said.

The Pentagon recently issued a solicitation for PNT support in the office of the DOD CIO for “a broad range of programmatic, research and system engineering support, technical analyses, assessments and policy formulation support with respect to the research, development, acquisition, procurement, deployment/fielding, and operation of all DoD GPS, PNT and [navigation warfare] systems including national security, civil, commercial, and international cooperative aspects of the DoD PNT Enterprise.”

“In an environment where people are denying us that capability, and we’re talking about linking the tactical edge to the strategic commander or the operational level, if your timing is not synchronized, that will not happen,” Kennedy explained.

He added: “We have to think about what is the play of foreign satellite constellations, how can we integrate those smartly? How do we integrate those where we capture the benefits but we don’t necessarily take any of the vulnerabilities into our own system?”

“As we look to the next year … the administration and Secretary [Jim] Mattis will push on the department to go faster and improve capabilities faster,” Kennedy said. “Fast but not reckless is what I’ve been told.”

Perhaps the biggest challenge the DOD CIO will face is learning to operate with new budget authorities granted in the 2018 Naitonal Defense Authorization Act.

“Power usually means control of money,” Kennedy said. “Congress helped us out there a little bit” in the NDAA. “Now the CIO … has to sign off on the budget.”

“In the minds of Congress, that is pretty significant pull,” he said. However, “execution in the building, we’re still figuring out how to do that.” 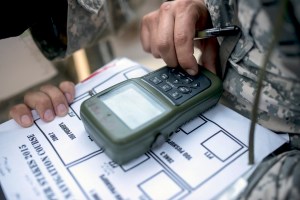 DOD looking for the next GPS