The Department of Energy will give $28 million to five research projects developing software for its supercomputers, the Scientific Discovery Through Advanced Computing (SciDAC) program announced Friday.

SciDAC brings together interdisciplinary groups of experts to make use of DOE’s high-performance computing resources, and the five teams will partner with one or both of its institutes, FASTMath and RAPIDS2, out of the Lawrence Berkeley and Argonne national laboratories.

“DOE’s national labs are home to some of the world’s fastest supercomputers, and with more advanced software programs we can fully harness the power of these supercomputers to make breakthrough discoveries and solve the world’s hardest to crack problems,” said Secretary of Energy Jennifer Granholm in an announcement. “These investments will help sustain U.S. leadership in science, accelerate basic research in energy, and advance solutions to the nation’s clean energy priorities.”

The five awardees are:

The projects were chosen through a competitive, peer review process under a DOE Funding Opportunity Announcement open to universities, national labs and other research organizations. DOE has yet to negotiate final project details for the awardees, but $7 million of the total funding has been allocated for fiscal 2021, contingent upon congressional appropriations. 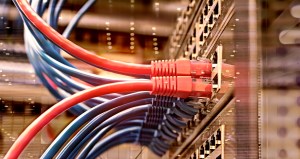