The Department of Transportation is continuing its push for IT modernization with two draft solicitations for a seven-year enterprisewide IT infrastructure solution set to be awarded this fall.

The ITSS office maintains common IT infrastructures that operate enterprisewide across the department, with the exception of the Federal Aviation Administration. The EITSS contract seeks private sector support to help maintain those IT offerings with end-to-end lifecycle support for network devices, infrastructure engineering and operations and a host of other services.

The contract has a two-year base period and five one-year options that begin on Oct. 1 and run until the end of fiscal 2026.

One of the draft RFPs addresses the infrastructure needs of the EITSS contract, while the second outlines the program management needs.

The Department of Transportation has been pursuing its modernization strategy under CIO Vicki Hildebrand with funds culled from internal savings and some operations consolidations.

Hildebrand said in May that DOT would seek to deploy modernization strategies similar to the Centers of Excellence that the General Services Administration is leading to update IT operations at the Department of Agriculture.

Following questions from industry, DOT officials provided more insights into the agency’s expectations for pricing, performance and other elements of the proposed contract on Monday. Industry stakeholders have until noon EST on July 9 to respond to the draft RFPs. 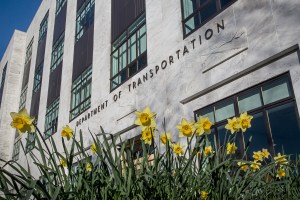