The questions haven’t only come from outside the government, either. A May 2016 Government Accountability Office report about the FBI’s use of facial recognition technology expressed concern over the systems’ privacy and accuracy.

Biometrics and facial recognition seem likely to progress in their use in the immigration and migration space. In June CBP Deputy Executive Assistant Commissioner John Wagner told the FedScoop Digital Nation Summit that the agency is using biometrics to fulfill its mandate to check the identities of foreign visitors leaving the United States.

But outside of law enforcement and travel perhaps there are less controversial uses for this kind of authentication, too — identifying fraudulent documents and verifying the identity of a government worker or contractor, for example. The government needs to know that employees are who they say they are, and agencies need to do this kind of verification at scale.

“Areas like that I think are going to be a lot more interesting,” Andrew McMahon said. “Where you have willing parties who want to give up what their face looks like to the technology so that they can go work.”

The Pentagon, for instance, is currently working on a new form of real-time, persistent authentication that could use as many as seven forms of biometrics to identify defense personnel.

Daniel Castro, vice president at the Information Technology and Innovation Foundation, agrees that there will likely be a shift back toward users’ willingness to trade privacy for convenience that will propagate advanced forms of biometrics.

“Users are going to see, one, increased security with [multi-factor] authentication,” Castro told FedScoop. “And two, they’re going to see convenience with personalization of services, the kind of pay-with-your-faces type applications. I think those privacy concerns will be there, but I don’t think they’ll differ too much from privacy concerns of the past.”

He continued: “So we’re going to have people saying ‘Why do I have people collecting information about my face?’ and then we’re going to have lots of people saying ‘Well, who cares? Facebook has it, Google has it. If you’re on the internet, it’s basically public information. People walk around with their faces uncovered all the time, why is this that big of a deal?’” 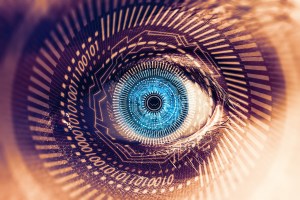