For nearly two decades, the U.S. federal government has muddled through its efforts to consolidate its thousands of aging and expensive data centers. Now, facing a bloated national debt over $20 trillion and budgets that will add an additional $1.5 trillion to that debt every year, it’s time the government takes aggressive action to complete its long-standing data center initiatives to improve data security and reliability while saving the taxpayers valuable resources.

The government’s data center consolidation efforts began back in 2010 with the launch of the Office of Management and Budget’s Federal Data Center Consolidation Initiative (FDCCI). After six years of failing to achieve goals, in 2016 OMB superseded the FDCCI with the Data Center Optimization Initiative (DCOI) in an effort to rejuvenate the important effort to reduce our government data center footprint, take advantage of best-in-class industry security and performance innovations, and significantly reduce operating costs.

The scope of DCOI’s potential savings to the taxpayers is enormous. According to Dave Powner, director of IT management issues at the Government Accountability Office, the retirement of 4,300 datacenters from 2010 to 2016 resulted in cost savings of $2.8 billion USD (more than the price of a B-2 bomber or how much the Centers of Disease Control spends on preventing infectious diseases!) With nearly 11,000 aging, expensive and poorly secured data centers reportedly still in operation across the US government, it is time to make the DCOI a priority.

Unfortunately, executing noble efforts like the DCOI continues to be a problem for many government agencies. Instead of investing in data center consolidation, agencies continue to spend billions of dollars managing and operating rapidly aging infrastructure. Here’s what they need to do moving forward.

First, leadership must make execution of the DCOI a priority. Cost/Benefit Analyses clearly indicate the security, fiscal, and performance advantages of transitioning from expensive and aging government-owned facilities to modern, secure commercial data centers. Departments and agencies as well as their Congressional Oversight committees need to include DCOI progress as a part of their key management indicators.

Secondly, departments and agencies need to dedicate resources to the effort. The Modernizing Government Technology Act gives departments and agencies a mechanism through which they can obtain capital funds and get seed money to finance their data consolidation projects. Many misinformed people think migration costs are overly expensive and can’t be handled within budget. However, with current commercial data center technology, many government data center resources can be migrated to modern secure platforms in as fast as a day and at a fraction of the cost of maintaining a federal data center!

Next, departments and agencies must talk to others who have gone before them and develop a plan. Data center consolidation is not nearly as hard as it sounds. Several departments, including the Departments of Homeland Security, Commerce, and Treasury, have already done a lot of consolidation work, so there are lessons learned and best practices available.

This is not new and unproven territory. In 2001, I was part of a pilot program in the Air Force where we consolidated data operations from 12 separate installations into one. As a result, we were able to achieve a cost savings of millions of dollars and identify 75 manpower positions that were reallocated to other higher priority needs. Our team was recognized with the Microsoft Innovator of the Year award for that effort, an effort that we need to replicate throughout the government.

It is time we kick the DCOI into high gear, improve security and performance, and save the taxpayers valuable resources in this era of growing debt and risk exposure.

Brig. Gen.Gregory J. Touhill (ret.), CISSP, CISM, is president of Cyxtera Federal Group, which offers Cyxtera’s market-leading data center services and cybersecurity capabilities to federal agencies and departments via a portfolio of secure infrastructure solutions delivered from a global footprint of world-class data centers, including six in the Washington, D.C. metropolitan area where the division is based. Prior to joining Cyxtera, Touhill was appointed by President Barack Obama as the nation’s first ever Federal Chief Information Security Officer in 2016, where he was responsible for ensuring that the proper set of digital security policies, strategies and practices were adopted across all government agencies. 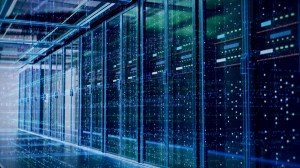 In the face of mounting debt, it’s time to make data center consolidation a priority