The advisory panel tasked with creating a “national secure data service” will hold its first meeting in the coming weeks after delays caused by the coronavirus pandemic, which could become a focus of early pilot projects.

Meetings of the Advisory Committee on Data for Evidence Building will be virtual and live-streamed, with the 25-member panel planning to move “quickly and rather substantively” to improve how federal agencies access, link and protect data, said Lucas Hitt, designated federal official for the committee. The panel will focus on pilot projects initially, Hitt said, though there’s currently no set date for its first meeting.

Steps needed to launch the committee took a “slight back-burner” to COVID-19 response, but its members will soon decide whether to focus on data related to the coronavirus and its economic effects among other use cases, Hitt said during a Data Coalition webinar Thursday.

“I can’t imagine the committee wouldn’t be, at least in part, focused on some of those issues,” Hitt said.

Sherry Glied, former assistant secretary for planning and evaluation at the Department of Health and Human Services, was one of the members of that panel. She said the COVID-19 pandemic created an unexpected backdrop for the next step.

“We weren’t thinking of the pandemic, I promise you, working on the commission,” Glied said. “But one of the things I would hope a national secure data service would do is actually help enhance the speed of access to data.”

Government data simply isn’t playing a big enough role in the response to the pandemic, Glied said, and it’s likely that it will have passed by the time the Federal Data Service is established. But linking consumption, health and payroll data could help agencies understand how public health responses are affecting the public and how test results correlate with people’s actions during future emergencies.

“The coronavirus pandemic has shown that the federal agencies cannot respond quick enough with unified, linked data, and it’s not going to get any better,” said Paul Moxon, senior vice president of data architecture at Denodo. “You have to take some action to improve this and do it, or otherwise we’re going to have this same conversation the next time a black-swan event comes around.”

A Federal Data Service, as envisioned by the Commission on Evidence-Based Policymaking, would make data more accessible and transparent by streamlining protocols, while protecting privacy and confidentiality.

“The notion of a secure data service kind of gets me a little nervous,” said Julia Lane, director of the Administrative Data Research Facility at the Coleridge Initiative and a member of the new advisory committee. “You can have a utility, which is the secure environment, but building a network of partnerships between state agencies and universities — so that there are multiple different ways of doing things — is the way to go because I’m an economist. I worry about monopolies.” 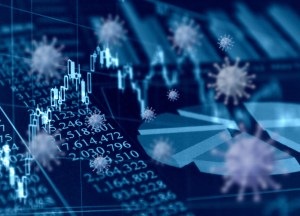