Many federal employees believe that leaders should use more data from the Office of Personnel Management’s annual survey of the workforce to improve their particular agencies.

Of those who responded, only 41 percent felt FEVS results would be used to improve their agencies.

OPM Director Dale Cabaniss called the multi-year trend “troubling” in her introduction to the final report and one that needs addressing.

“I believe that the agencies that are most successful are those who use the data as starting points for analysis and action,” Cabaniss wrote. “It’s not about seeing percentages move but creating a more conducive environment for employment.”

Agency scores should be tied to employee productivity and performance metrics “to show the federal workforce that their responses will be used,” she added.

New to FEVS was a section gauging employees’ reactions to the partial government shutdown that began in late 2018 and ran to Jan. 25. While 54 percent of respondents reported not being impacted by the shutdown, 46 percent said they worked for some or all of the lapse without pay, did not work, or weren’t paid until normal work resumed.

“This last part is particularly cause for concern given the customer service imperative for government outlined in the President’s Management Agenda,” reads the report.

Agency mission continues to be a driver for federal employees, with 90 percent of respondents feeling their work is important and 91 percent looking for ways to do their job better. That said, only 44 percent of respondents felt creativity and innovation get rewarded and 39 percent that differences in performance are recognized meaningfully — with promotions or awards.

Though 83 percent of respondents believed they’re held accountable for achieving results, 18 percent hadn’t spoken with their supervisor about their performance in the last six months.

Federal employees were able to take the self-administered web survey over two weeks in May. 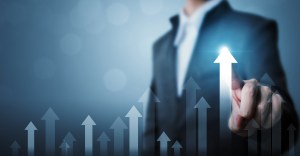 Federal Employee Viewpoint Survey results are out, but will agencies use the data?