The Federal Information Technology Acquisition Reform Act has helped federal agencies save a total of $24.8 billion on IT projects, according to a top Government Accountability Office official.

Speaking Thursday at a House Oversight and Reform Committee hearing accompanying the publication of the 14th iteration of the FITARA scorecard, the watchdog’s Director of Information Technology and Cybersecurity Carol Harris said the legislation — and the issuance of biannual scorecards — had ensured agencies used IT portfolio management tool PortfolioStat to achieve best possible value for taxpayers.

PorfolioStat, which was launched by the Office of Management and Budget in 2012, is a tool used by agencies to assess the current maturity of their IT portfolios and eliminate duplication across their organizations.

“While PortfolioStat is an OMB initiative, it should be noted that its sustained implementation and success would not be possible had it not been codified in FITARA and monitored over the years through your scorecard,” Harris told lawmakers.

According to Harris, roughly 82% of federal government IT projects are now being developed using best practices laid out in the scorecard.

The GAO IT leader was speaking following the publication of FITARA scorecard 14.0. The grades of eight agencies fell following a revision of the methodology used to assess federal government departments’ IT modernization progress.

“This downward pull [in scorecard grades] was largely due to the sunset of the existing data center category and a change in the cyber category scoring due to the absence of cross-agency priority goal data,” said Harris.

Lawmakers speaking alongside Harris at the hearing also highlighted the absence of cross-agency priority goal data in the scorecard’s cyber category, and called on the Biden administration to make sure such data is provided in the future.

The chief information officers of the EPA, DOD and General Services Administration gave evidence at the hearing, and responded to questions from lawmakers about progress being made to move to GSA’s Enterprise Information Solutions contract. 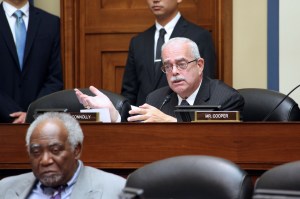 FITARA has helped agencies save $24.8B on federal IT projects: GAO leader