The planned tests come after the program cleared several regulatory hurdles to prove “military airworthiness” for some of the first vehicles from Joby Aviation and BETA Technologies. The next phase of tests feature an “air race” where the prototypes will get more real-world testing. The goal is to field vehicles that could eventually transport troops in battle and civilians looking for a quick way to get around town.

Agility Prime follows a new model of acquisition for the Air Force, through which it partners with venture capital investors who put private money into far-reaching technology that can be tested at military facilities and one day could bear fruit in both the defense and civilian markets. The Air Force did not specify where the new round of tests will occur.

The flying cars from Joby and BETA have a few design elements in common, including multiple helicopter-style rotors, as well as battery-powered “electric vertical takeoff and landing” (eVTOL) systems. They’re also intended to be highly modular, with features that can be swapped out to fit different customers.

“You are literally seeing a new market emerge,” Will Roper, the Air Force’s assistant secretary for acquisition, technology and logistics, said. “This is exactly the type of public-private partnership innovation the Air Force and Space Force want to be a part of … to make amazing things happen not just for the military but for the world.”

The Air Force is working with Joby and BETA to get their vehicles the clearance to fly under Air Force contracts in early 2021, according to the release. A key aspect in attracting private capital, officials said, was the Air Force’s commitment to work with civilian regulators like the Federal Aviation Agency to lower barriers to advance testing on the systems.

“We at the FAA are very privileged to partner with the Air Force and AFWERX on Agility Prime,” FAA Administrator Steve Dickson said. “We see tremendous value in this program for civil aviation applications.”

The Agility Prime model is working with several other companies which have yet to reach the same advanced “air race” stage of testing.

The Air Force also announced that it will expand the Prime model of partnering with private investors and working to advance emerging technology development. 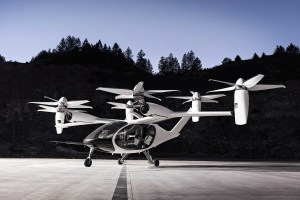