Tony Scott, who was U.S. CIO during the closing years of the Obama administration, has joined law firm Squire Patton Boggs as a senior adviser.

In the role, Scott will support the law firm’s work on data privacy and cybersecurity.

“Tony’s broad IT experience in both the private and public sectors is unmatched and we are delighted to welcome him to the firm,” said Robin Campbell, co-chair of the firm’s global Data Privacy & Cybersecurity Practice. “His insight into the data protection and cybersecurity policy landscape from his time as the Government’s CIO and private sector will be of substantial benefit to our clients, as will his on-the-ground experience spanning many different sectors.”

Scott served as the U.S. CIO from February 2015 until the end of Barack Obama’s presidency in January 2017.

Since moving away from federal service, he also launched his own IT consulting firm, the TonyScottGroup, LLC.

Earlier in his career, Scott served as CIO at VMware, Microsoft and the Walt Disney Company, and also spent time at General Motors Co.

“I was drawn to Squire Patton Boggs’ Public Policy credentials and all-star international Data Privacy & Cybersecurity team and how they work together to benefit clients with forward-looking advice,” Scott said in a statement. “From my time in industry as well as the Federal Government, I can attest to the importance of being both prepared to deal with any incidents that might arise as well as staying attuned to the shifting regulatory and public policy levers. I look forward to sharing these insights with our clients and supporting my new colleagues across the firm.” 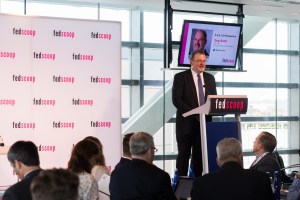