SH Synergy and VCH Partners on Friday lodged protests with the Court of Federal Claims to obtain a preliminary injunction halting the solicitation and seek relief.

It is the latest setback for the delayed IT services procurement, which was hit with a pre-award challenge in April, and since then has been held up further by issues with SAM.gov.

According to court documents, the companies want a judge to rule that the solicitation is “ambiguous, unduly restrictive, arbitrary, irrational, and contrary to law.” They seek also to permanently enjoin the performance of the award of any contract under the solicitation and for GSA to pay legal costs.

The two plaintiffs argue that the solicitation wording violates Small Business Administration (SBA) regulations by restricting the number of mentor-protégé joint ventures that can submit proposals as part of the solicitation.

They argue also in court documents that the solicitation’s past performance requirements violate SBA regulations governing the consideration of offerors’ prior experience. In addition, the two companies say the procurement’s requirement for small disadvantaged veteran-owned small businesses to also compete in the GWAC’s small business solicitation pool is unlawful.

SH and VCH in their argument to the court also contend that the agency has “arbitrarily and unlawfully” expanded how it considers the pricing of proposals.

They challenge GSA’s approach to assessing offerors, saying the agency seeks to measure proposals against itself, rather than through a comparative process.

The companies add: “The Solicitation consists of self-scoring, after which the Agency will evaluate and validate it.”

The latest challenge comes after GSA in May agreed to resolve concerns raised in a protest brought by federal contractor BD Squared. In that protest, the plaintiff also cited objections to the government agency’s scoring system for prior experience.

Since then, the Polaris solicitation process has faced other difficulties, including further delays to the bid submission process because of problems caused by the rollout of the DUNS number replacement, the Unique Entity Identifier number.

VCH Partners is an SBA mentor-protégé program joint venture comprised of IT solutions company Visual Connections as the Protégé and Harmonia Holdings Group as the mentor. 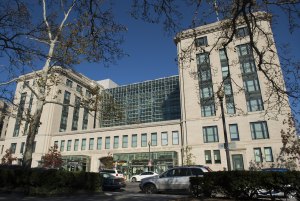