The Federal Acquisition Service’s first refresh of its consolidated schedule will include the ban on contracting with vendors tied to Chinese tech companies Huawei and ZTE via the supply chain.

While the refresh is slated for Jan. 15, agencies have until Aug. 13 to comply with the ban laid out in Section 889(a)(1)(B) of the National Defense Authorization Act of fiscal 2019, according to a notice from the General Services Administration, which oversees FAS.

The refresh will make updates to the System for Award Management allowing vendors that indicate they don’t use telecommunication components covered by the ban to skip an offer-by-offer representation — reducing their administrative burden.

On Aug. 13, GSA implemented the first interim Federal Acquisition Regulation under NDAA Section 889(a)(1)(A). That rule prohibits agencies from directly procuring technology or services with “substantial or essential” covered telecom components — those from Huawei, ZTE and several other companies connected to the Chinese government.

GSA, the Department of Defense and NASA posted the second interim rule to the Federal Register on Dec. 13 for public comment through Feb. 11.

But already large and small telecom, IT, cybersecurity, real estate, and construction companies have expressed concerns GSA’s broad definition of what’s covered could make it hard to schedule contracts.

“Indeed, the breadth of the [interim rule]’s requirements create significant obligations for federal contractors,” read the U.S. Chamber of Commerce’s comments. “The rule subjects businesses to an untested compliance regime, raising understandable concerns from many in industry about the effectiveness of their due diligence programs.”

The supply chain is deep, and government solutions often consist of layers of software obtained through open-source or commercial licenses. Without a safe harbor in the statute or interim rules for simply trying their best to comply, prime contractors will need to take additional steps to certify suppliers — or risk a False Claims Act suit.

Industry wants a better definition from GSA of what products are covered, what subsidiaries and affiliates of Huawei and ZTE are off-limits, and a comprehensive framework for self-attestation within the supply chain that remains cost-effective.

“A misrepresentation could give rise to civil and even potentially criminal liability. Yet the interim rule fails to resolve key ambiguities in Section 889, such as the basic definition of ‘covered telecommunications equipment’ and whether the required representations must include a statement about the provisos in Section 889(a)(2),” wrote Huawei in its comments. “Failure to define these key terms leaves the regulatory scheme unduly vague—and that vagueness certainly becomes unlawful when combined with the representation and reporting requirements.”

Currently, e-commerce portals, vehicle fleets, building thermostats, and security cameras could all require certifications under the broad interim rule. And already about 20 additional companies have been identified as being covered by Section 889.

Companies concerned they won’t be compliant by the August deadline can apply for a waiver that expires on Aug. 13, 2021, but that requires producing a full supply chain layout and phase-out plan.

The 2019 NDAA isn’t the only vehicle the federal government has used to forbid agencies from working with Chinese companies like Huawei. In May, President Donald Trump also issued an executive order intended to prevent U.S. companies from using telecommunications technology made by firms that are beholden to foreign adversaries. The Commerce Department then in November outlined how it might broadly implement that order. 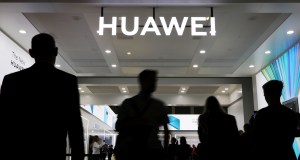 GSA pushes forward with ban on Huawei, ZTE in 2020