Federal IT procurement leader Keith Nakasone will leave his role at the General Services Administration at the end of May.

He departs after working at the agency since 2017 as deputy assistant commissioner of acquisition management within the Office of Information Technology Category (ITC).

Nakasone’s last day is June 1, leaving GSA after 32 years in the federal government to take up a role in the private sector.

Following his departure, Nakasone’s responsibilities will be taken on in an acting capacity by Cheryl Thornton-Cameron, who is executive director of ITC Schedule Contract Operations at the agency.

The IT Category team is a workstream within the GSA’s Federal Acquisition Service that develops contracts for technology services and is focused on limiting duplicate purchases across agencies.

Previously, Nakasone was a senior procurement executive at the Federal Communications Commission, and before that was a technical director within the Defense Information Systems Agency’s procurement directorate. At DISA he has also served as chief of strategic planning.

During his tenure at GSA, Nakasone spearheaded the introduction of new requirements to federal government IT contracts to address supply chain risk and prohibit the use of telecommunications equipment and services produced by Chinese companies such as Huawei and ZTE.

Earlier this month, the GSA launched an industry consultation over plans to issue a multiple-award cloud blanket purchase agreement as part of a government-wide acquisition strategy. 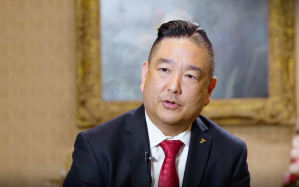