The contract will move forward with its five-year base period starting next month, followed by a five-year option that could start in 2023, John Cavadias, Alliant 2’s lead contract officer, said in a post on GSA’s Interact page.

“We look forward to supporting the IT needs of all federal government agencies by providing a Best in Class contract vehicle to meet their requirements,” he said. “We are also very eager to work with our Alliant 2 industry partners to provide exceptional support across the United States government.”

The unrestricted version of the IT contract was originally awarded to 61 contractors in November, but it was held up by protests from five contractors over disputes in source selection.

After the Government Accountability Office dismissed the protests in December, the contractors took the issue to the Court of Federal Claims later that month. The federal court ruled against the contractors, allowing the Alliant 2 to move forward.

The ruling does not affect Alliant 2’s $15-billion Small Business contract, which was awarded in February and has seen its own contract protests.

GSA officials previously expressed their hopes that in crafting the Alliant 2 contract with transparency in mind, protests could be avoided.

“We spent an extraordinary amount of time in the front-end of this process, working with our industry partners, as well as agencies, teasing out what we believe are a strong set of requirements and putting in place an assessment methodology,” said Bill Zielinski, deputy assistant commissioner for IT category management operations. “So we are comfortable that we followed a fair and strong process.” 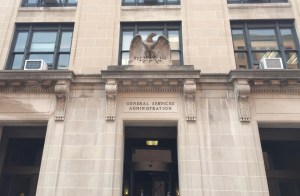