The Department of Health and Human Services’ CISO Chris Wlaschin is stepping down at the end of March, he confirmed to FedScoop on Friday.

The agency’s top information security official had a relatively short tenure — he joined in January 2017.

An HHS spokesperson said the departure is for personal reasons. It also comes as some pressure is being applied to an evolving situation concerning the treatment of two HHS cyber office employees.

Leo Scanlon and Maggie Amato, the deputy CISO and former director of the department’s Healthcare Cybersecurity Communications and Integration Center respectively, allege that they were improperly pushed out of the agency (Scanlon is on paid administrative leave). Recently, their lawyer sent a letter to HHS Secretary Alex Azar on the subject.

The letter states that Scanlon and Amato were “abruptly and without warning removed from their positions” in September, ostensibly because of an inspector general’s investigation into ethics violations. However, the letter also states that both Scanlon and Amato were “recently advised, unequivocally and categorically, by senior investigators from the HHS OIG, that neither of them are currently or were at any time in the past under investigation by the OIG.”

Through their attorney, Scanlon and Amato are requesting a meeting with Secretary Azar on the matter.

In an interview with FedScoop in October, Wlaschin spoke about the importance of cyber-hygiene and cybersecurity awareness among all employees at the agency. “I find that the most critical part of my job is helping the security teams around HHS improve the awareness and preparedness of our workforce. Because they truly are the key,” he said.

Federal News Radio first reported the news of his departure. 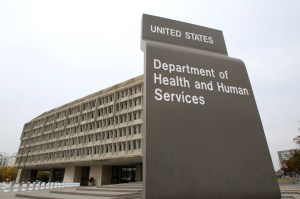 Report: HHS CISO Chris Wlaschin is on his way out